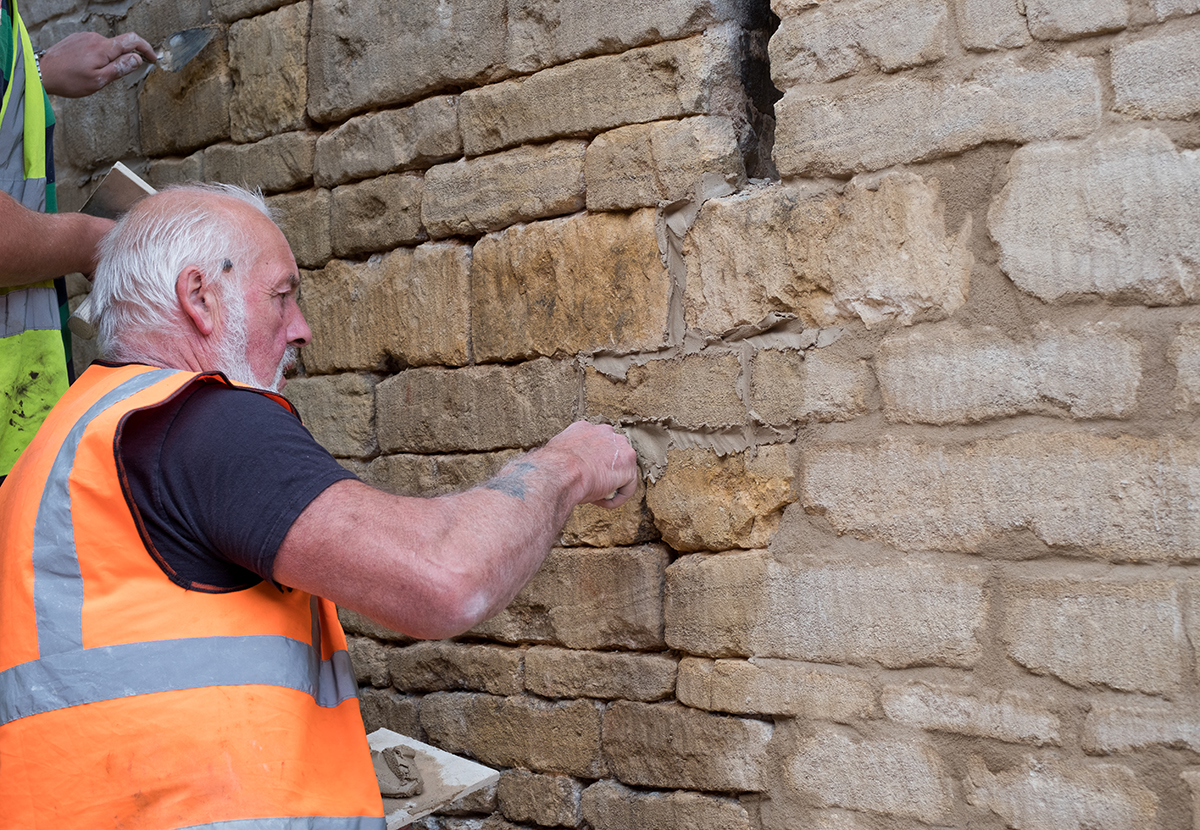 Woolsthorpe Manor in Lincolnshire was the birthplace and the family home of Sir Issac Newton and is now owned by the National Trust.

Wheathills undertook re-pointing of the gable end of the C17th former farmyard building, now used as a science block where visitors can investigate scientific principles discovered by Newton.

Movement of the building and previous sand and cement restoration required rectification. After analysing the original mortar, the correct sand and lime gauging was utilised. All sand and cement was removed from the joints in preparation for re-pointing which was finished with a tamped back brush.