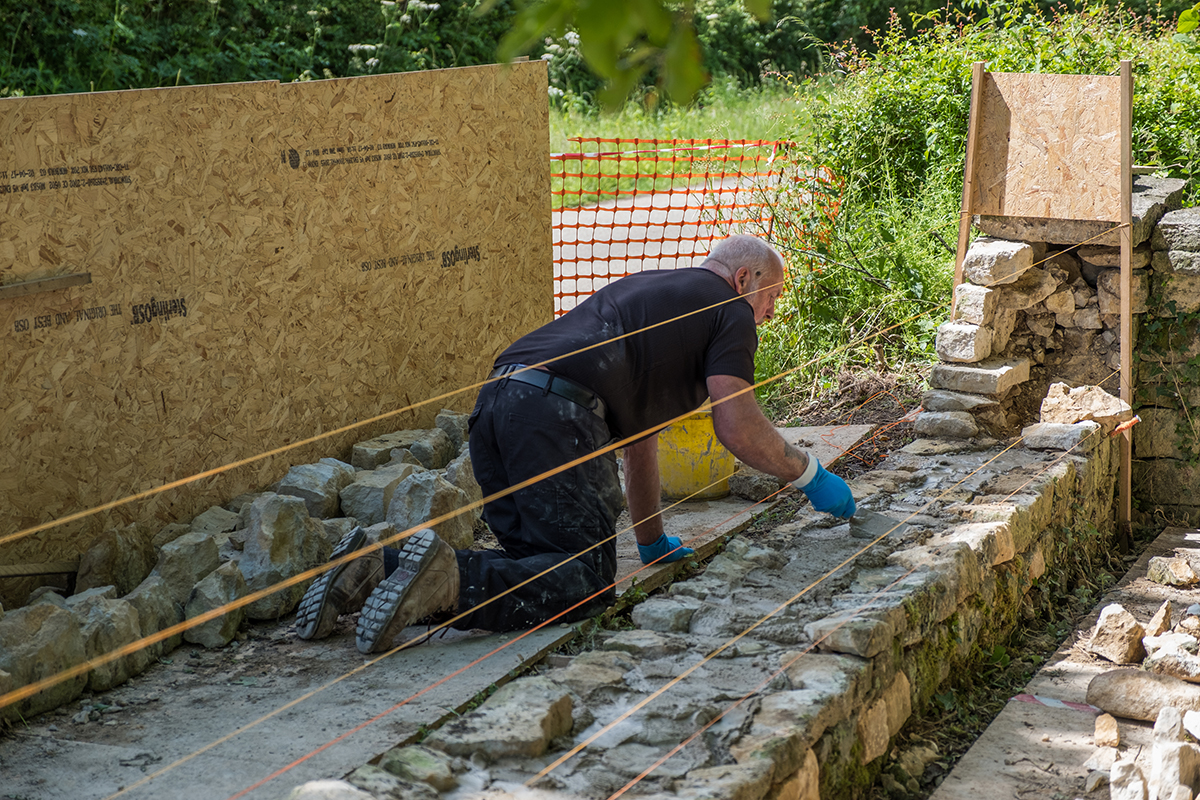 The original boundary wall to Woolsthorpe Manor was damaged during a flood. Water washed away the wall interior, which was formed from rubble mixed with lime.

To restore the wall to its original condition, the damaged area was carefully dismantled. Each piece of stone removed was measured and placed horizontally in a marked position in preparation for its reinstatement to its original position.

Our objective was to restore the wall without leaving evidence of the repair work.