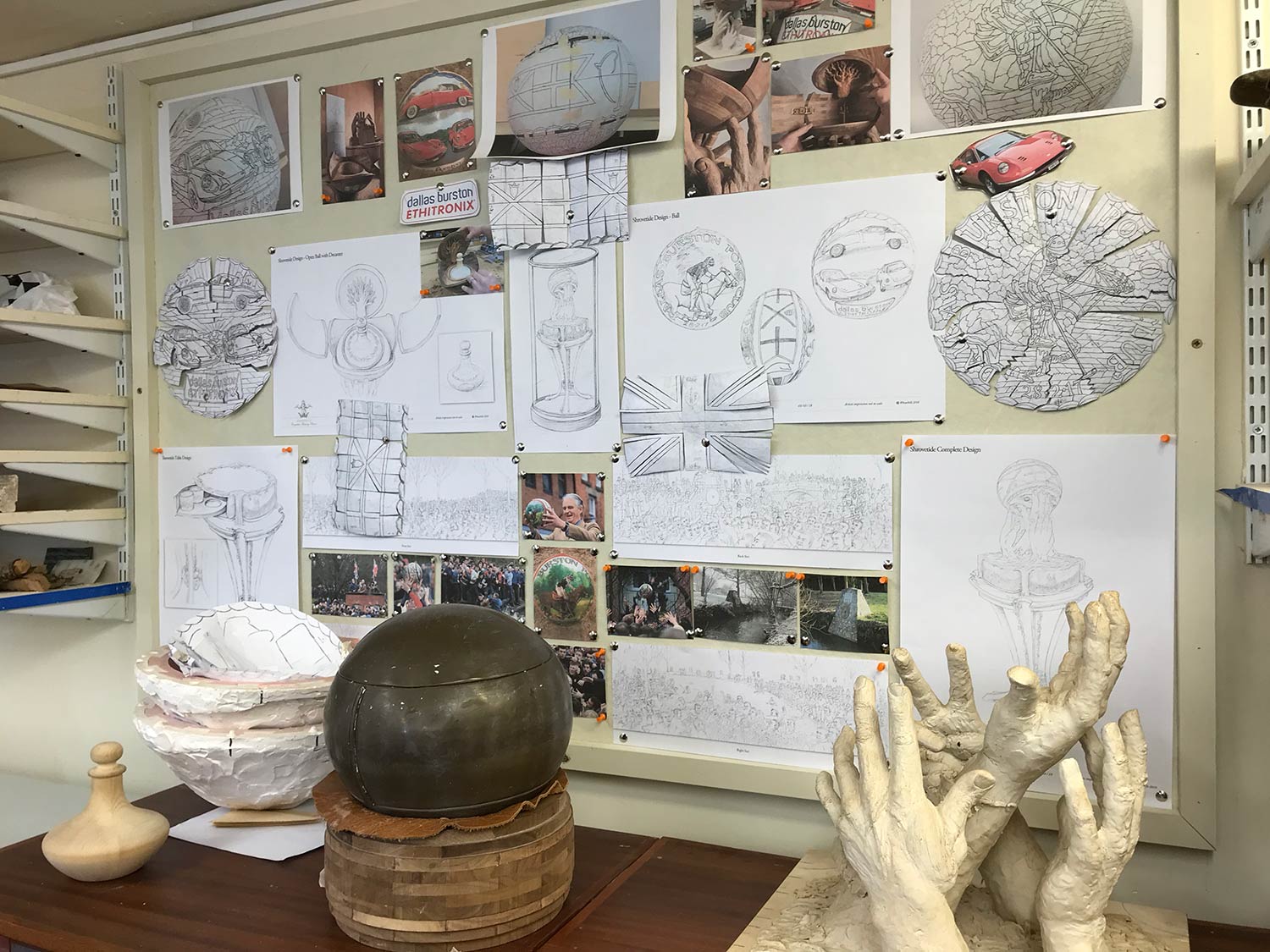 How to tackle it

A challenge for the team

How to tackle it

Wheathills and its team of craftspeople specialise in creating highly personalised bespoke furniture and beautiful memory boxes, which in their design and fine marquetry decoration contain a secret and personal narrative uniquely identifiable to the owner. In this way the objects seem to transcend their function, as elements of every piece are imbued with personal significance and therefore an emotional load which lends them what Nigel considers a “spiritual “dimension.

Nigel was acutely aware that in this new brief he was being asked to capture not just the spirit or characteristics of an individual in his making of a new art work, but the spirit of an entire event – the “essence” of the 2017 game.

Nigel said: “At first I felt the rush of adrenalin and also fear, almost as if I had been returned as a boy to my first experience of the Royal Shrovetide Football game itself!”