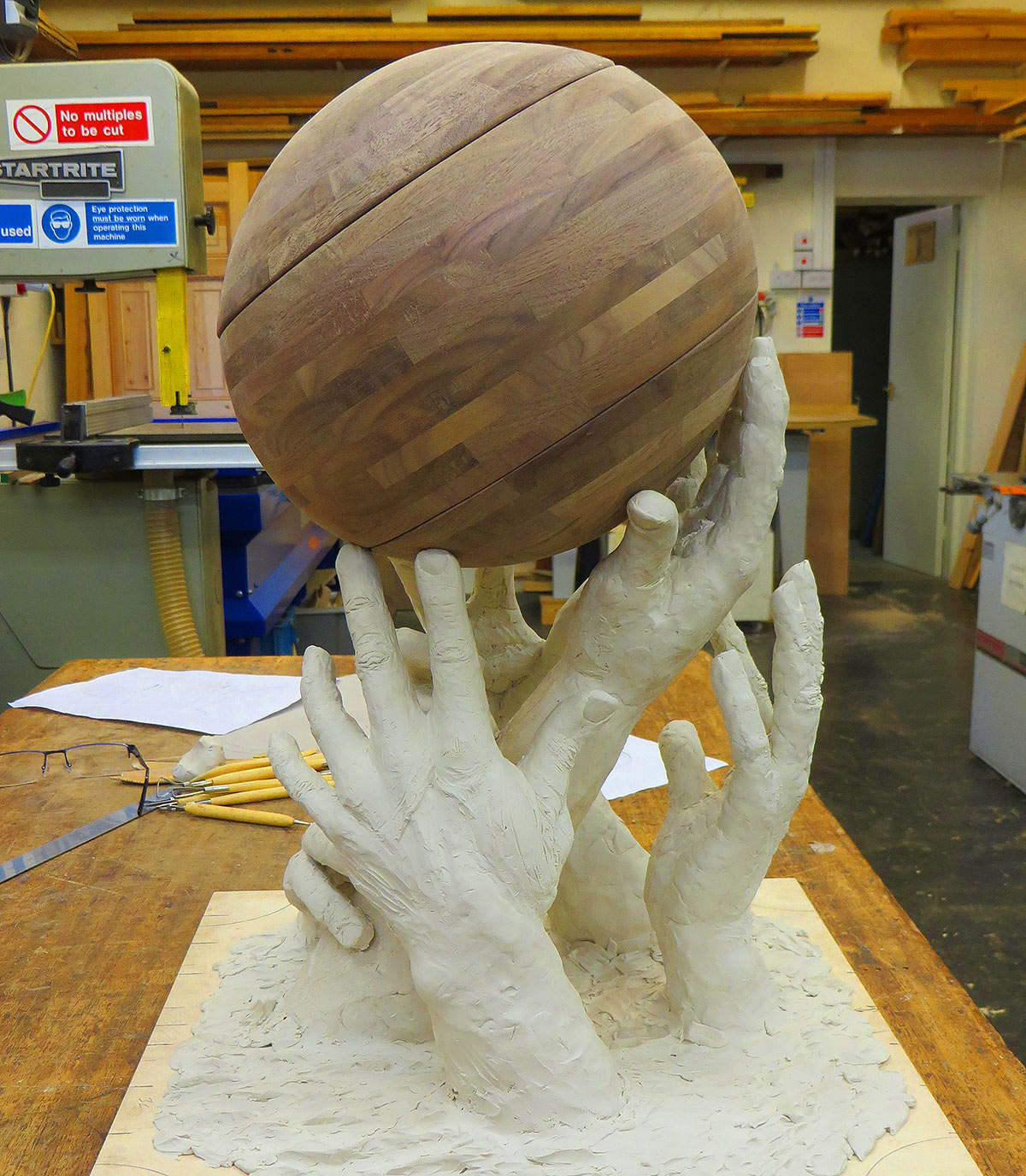 Shrovetide Sculpture and the Ashbourne Community

Shrovetide Sculpture and the Ashbourne Community

It has been heartening to witness the Ashbourne Shrovetide football game community embracing wholeheartedly the concept of a piece of art by Wheathills to celebrate and commemorate the 2017 game.

Their enthusiastic response has ignited our creative energies to “go that extra mile” and create something truly special.

The spark of an idea from December 2016, to find a way to encapsulate in art form a momentous moment in the 2017 match, has now passed the concept stage and become a reality.

The resulting work of art reveals the story of the 2017 game via carving and marquetry and fully conveys both the passion and strengths of the players involved.

Our piece captures a single second in time and exudes the very energy exerted by the group of players as they attempt to attain the ball whilst navigating and enduring the freezing cold temperature of the Ashbourne waters.

The focus of the piece is the held-aloft Shrovetide ball. Our creation faithfully represents the artwork on the original ball painted by Simon Hellaby. This depicts the story of Dr Dallas Burston who was given the honour of “turning up” the ball for the 2017 match and went on to commission our work.

In addition to respecting Hellaby’s original painting, we have faithfully conveyed the very structure of the ball’s fine leather work, created by Terry Brown.

Our sculpture has been inspired by the spirit of the game itself symbolised by a depiction of a  struggle of hands, desperate to possess the ball as it emerges from the cold water. The ball remains just out of reach, yet is destined for one hand. Each hand fully expresses the panoply of personal passions of the players: determination, frustration, realisation of failure, aggression and of course the anticipation in the fingertips of the player who will grasp the ball firmly in his possession.

As the players’ hands burst through the water they splash droplets around, emphasising the physical experience of the game itself.

The sculpture stands on a box carved with a representation of branches from the canopy of trees that framed the water’s edge. In addition, each side of the box is decorated with the key elements of the 2017 game: recording for posterity the story of the day from the “turning up” by Dr Burston to the goal scored by Kurt Smith. Each participating player is identified in the marquetry.

A butt walnut and yew wood table featuring carved ivy cascading down the table legs, will support the sculpture.

Finally, the purpose of this project is to celebrate a wonderful and spectacular historic event and what better way to celebrate than to raise a glass to each other?

Hence the entire object is a Tantalus. However, it is a Tantalus like no other, for it is a practical object that will entice the viewer to look deeply, to follow a narrative, to understand the story, to appreciate the history and also to recognise participants in the event.

On close inspection the viewer will discover that this piece is a delightfully playful piece of art. For the Tantalus features a secret button, that releases a concealed catch which opens the ball to reveal an illuminated crystal whisky decanter, encompassed by a yew wood “tree of life”. A second button opens the sides of the box, which swings open to reveal six crystal glasses so that a toast can be raised “to living life with immense vigour and determination!“