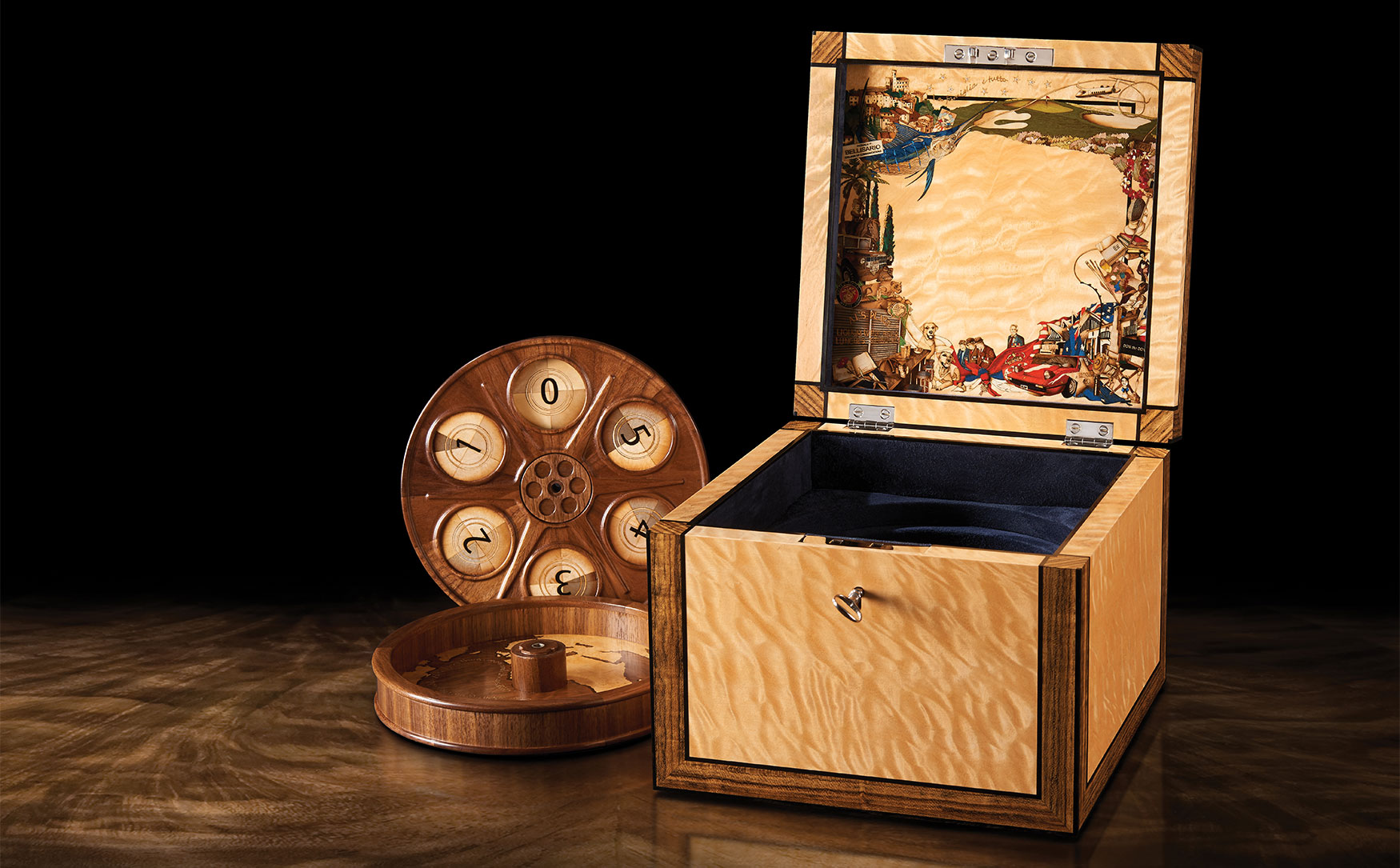 Wheathills is privileged to enjoy the patronage of many celebrities and so we were delighted when asked to create one of our legendary memory boxes for the famous American tv producer and screenwriter, Donald P Bellisario.

Bellisario created and wrote episodes for tv series such as Battlestar Galactica, Magnum, P.I., Airwolf, Tales of The Gold Monkey and Quantum Leap.

His box depicts and celebrates in fine marquetry the key achievements of his life and career and features a remarkable carved walnut film can, who’s revolving reel, when turned reveals the logos of his many screen works. A secret drawer is home to a remarkable 3D- effect marquetry typewriter – the very image of that used by the Bellisario during his prolific writing career.

Reportedly, on receiving his box Mr Bellisario said: "The beauty, artistry and craftsmanship are unlike anything I have seen."