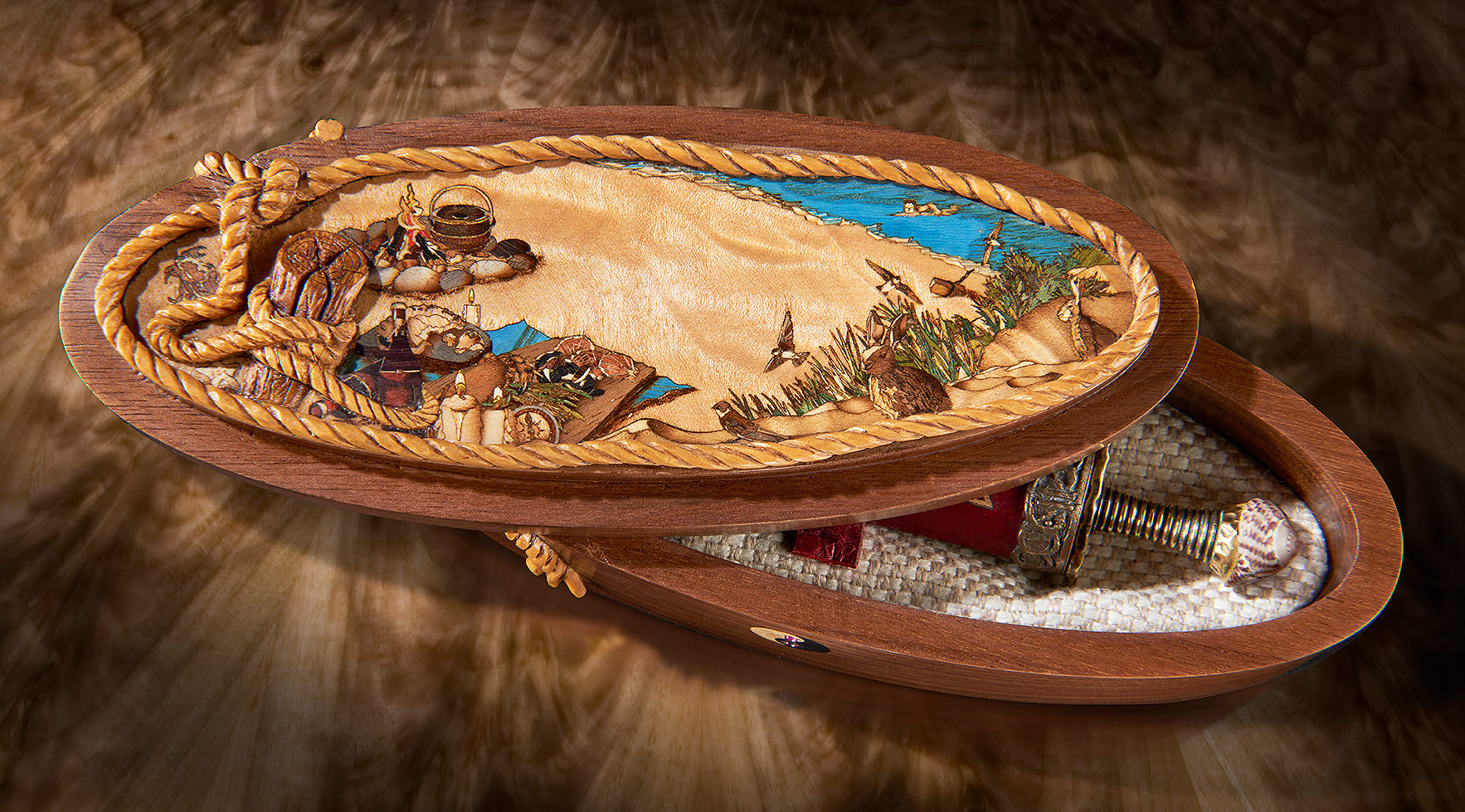 Marquetry & Carving – A Match Made in Heaven

Marquetry & Carving – A Match Made in Heaven

We were recently asked to create a “promise box” which would incorporate both carvery work and micro-marquetry. We think the combination of these two techniques turned out to be a match made in heaven! The art work of the box reveals a deeply romantic narrative of a couple who were destined to be forever intertwined following a chance encounter.

Our promise boxes are so named because they are often a precursor to a greater gift of a Wheathills memory box. Often they hold a handmade key that will open their yet-to-be-designed memory box.

Have a look at some of our other promise boxes here and get in touch if you would like to discuss a commission.