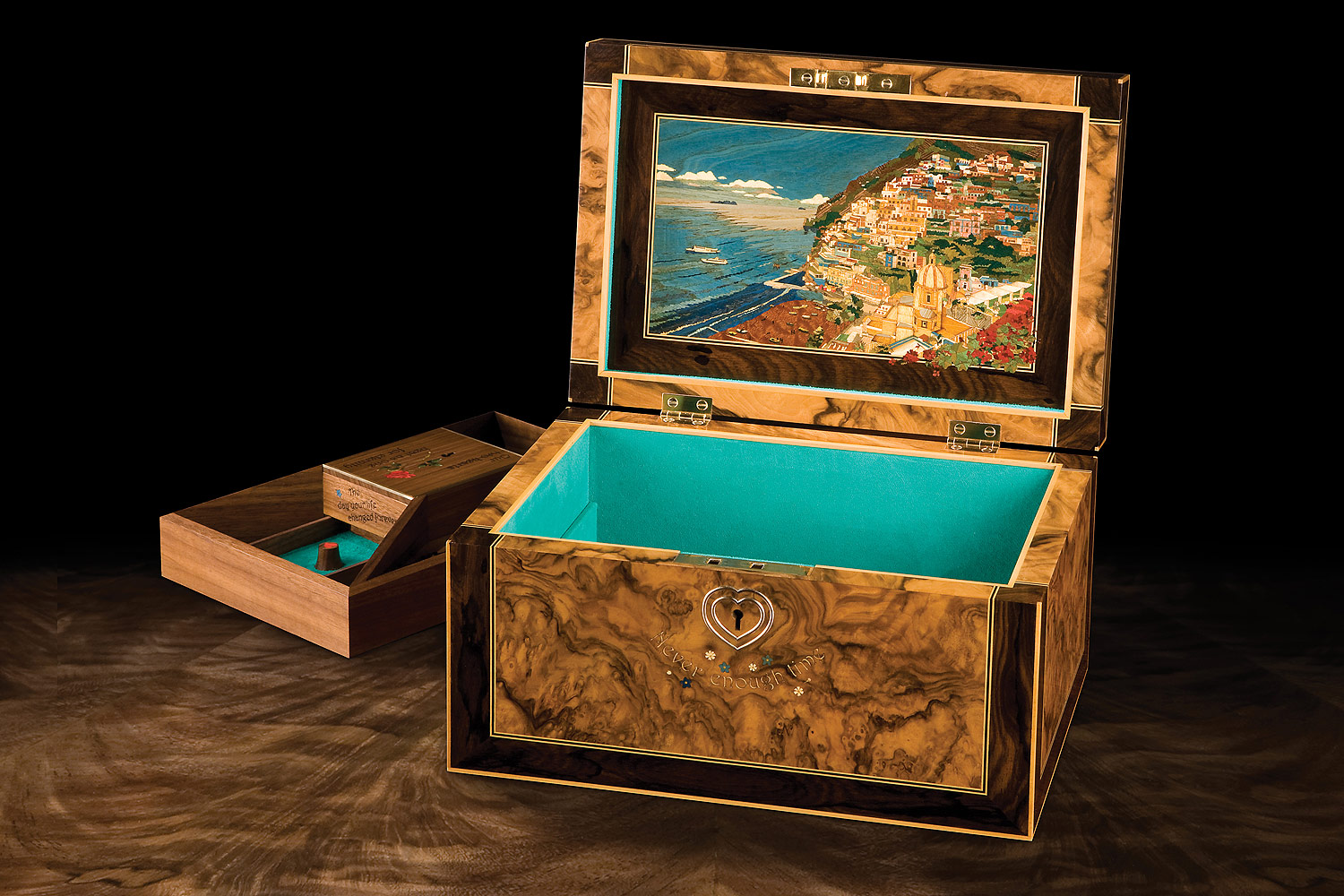 A Proposal of Marriage

A Proposal of Marriage

A Memory Box created in Butt Walnut, banded in Ziricote and strung in Boxwood. The front is decorated with a pair of hearts with a lovely sentiment beneath. The top is decorated with nicknames with entwined bands, symbolic flowers and sentiment. This special Memory Box was the result of a Promise Box which was given on Valentine's Day, this Promise Box contained two heart shaped gold keys designed as jewellery, the larger key to be worn around his neck and the smaller key around her neck. A scroll was written delivering his message of love, without a hint of what the keys were actually for.

Months later, as the relationship blossomed, this Memory Box was being created for a very special day. The American Football Player Travis LaBoy had booked a romantic Hotel room on the Amalfi coast to announce his surprise wedding proposal. The Memory Box is designed to give him a helping hand, the idea being that the larger key would open the Box when their tune would begin to play as if it were a traditional musical box sound. On opening the Box the lid is decorated with that special view from the veranda, captured in exquisite marquetry.

The tray is decorated with a single red rose and sentiment. Within the centre of the tray lid is a key hole for the small key to open a concealed mechanical drawer which is fitted with a ring post to present the engagement ring just at the right moment. I am pleased to say the lucky lady said ‘Yes’! The Box is traditionally hand French polished to a silky smooth beeswax finish.