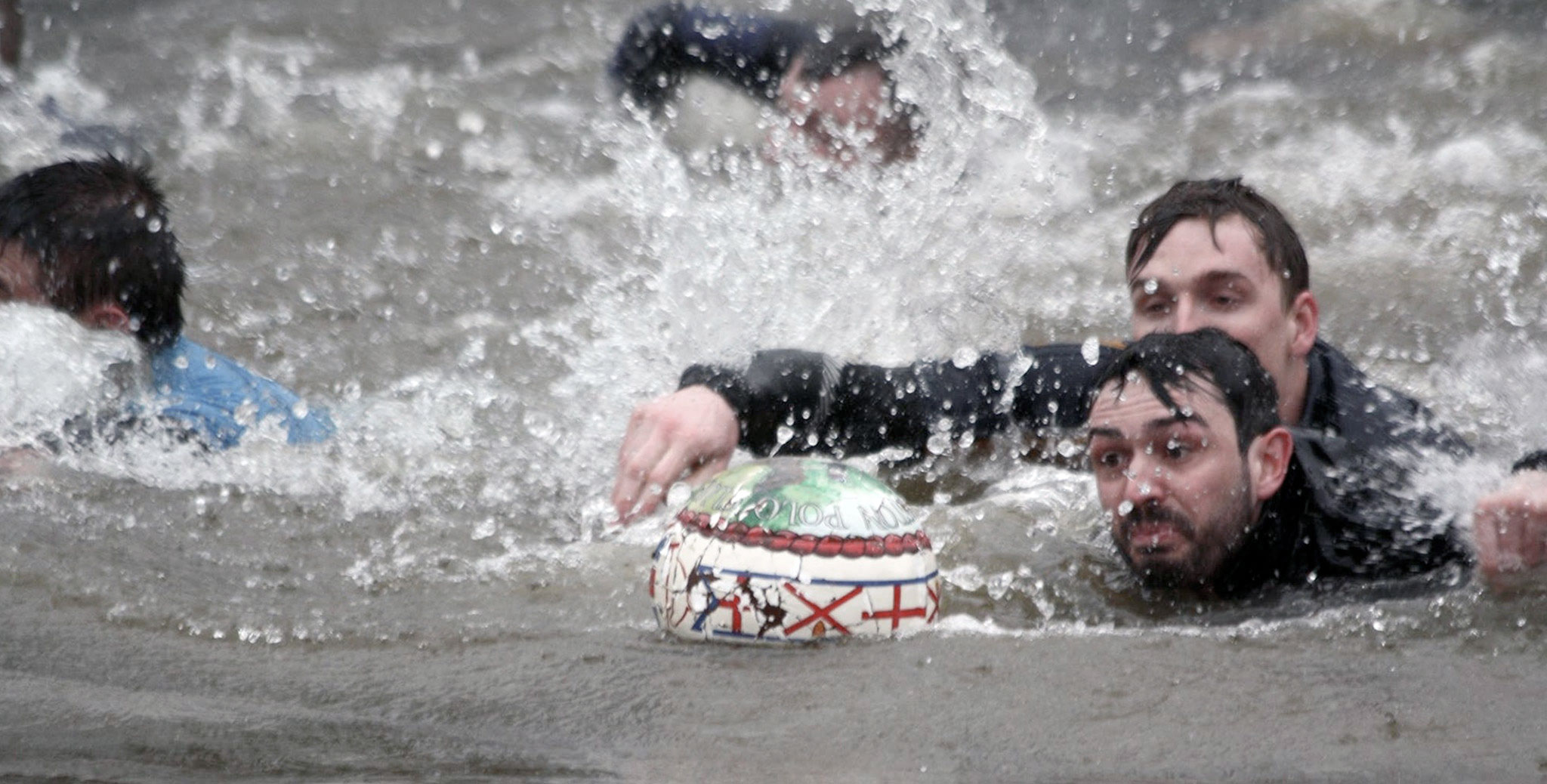 A brief history of the game

A brief history of the game

This traditional event is The Royal Shrovetide Football Match, which brings scores of Ashburnians thronging to the town centre to witness or play the traditional game, in support of either the Up’Ards team - those born North of the town’s Henmore Brook or the Down’Ards - those born South of the river.

Shops are boarded up in preparation for the boisterous and thrilling sporting event which is played over two eight-hour periods. The game starts from a plinth in the town centre, when a specially made and distinctive hand-painted ball is thrown to the waiting players by a celebrated, sometimes royal, but often local dignitary. This is known as the “turning up” of the ball.

From then a throng of hundreds of locals move as one through the town, like a highly-charged rugby scrum, in amongst the two teams as they struggle for possession of the ball and carry it to their own goal to score.

As the goal posts are a full three miles apart - one at Sturston Mill, east of Ashbourne, where the Up’Ards aim to score and the other at Clifton Mill, west of the town, where the Down’Ards hope to score - the play covers a huge area of ground and moves noisily from the streets, to muddy fields and banks and inevitably into the icy-cold river, shifting ground unpredictably, often scooping up spectators from their feet in the crush.

The colourful and chaotic game characterised by its adrenalin-pumped crowds was dubbed the Royal Shrovetide Football match in 1928 after the then Prince of Wales, later to become Edward VIII, visited the town to “turn up” the ball.

For Wheathills owner Nigel Heldreich, the game has always been an exciting part of the local calendar year. The French polisher, craftsman, maker and restorer of fine furniture has lived and worked in and around Ashbourne all his life and first attended a match at the age of eight with his father Harold. He remembers keenly an incident when his father acted quickly to protect him as the ball suddenly spun in the sky close by and the “hug”  flew past, pushing them violently against a wall.

“I was frightened to death but I loved it,“ said Nigel.

From the time Nigel started out in business and was simultaneously studying at The Midland School of French Polishing and Conservation in 1985, he became a regular visitor-player, attending with friends and family and soaking up the “phenomenal camaraderie” as well as the mud, filth and the water.

Over the years he has had the privilege to both touch and run with the ball – and has been knocked out several times in the process.

“The pressure in the middle of the maul is colossal. It’s hot and sweaty the air feels thin, you can be crushed and lifted off your feet.” 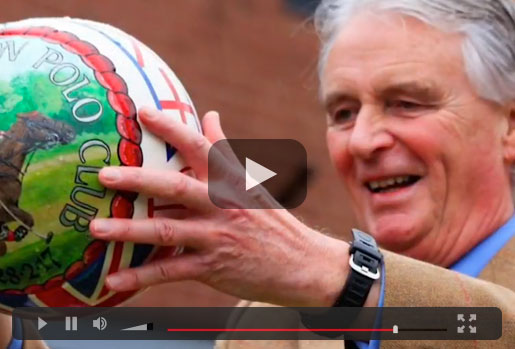